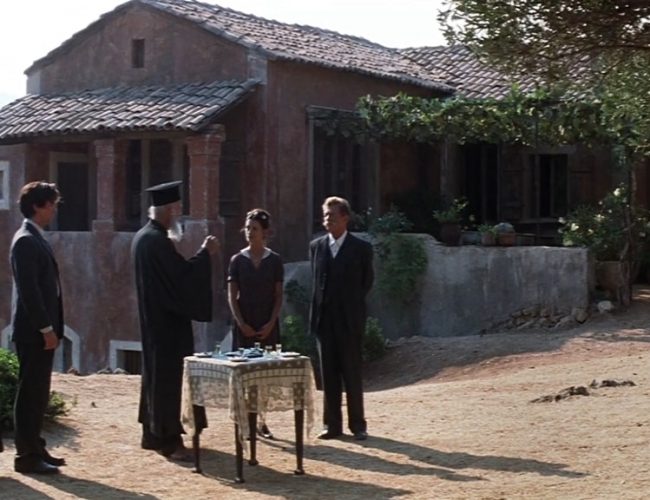 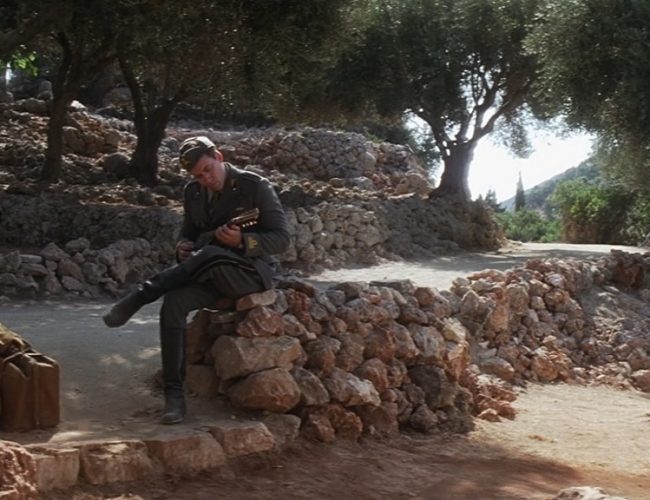 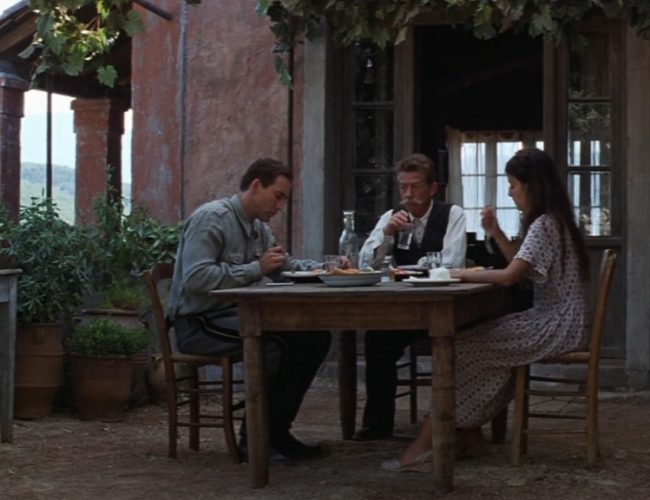 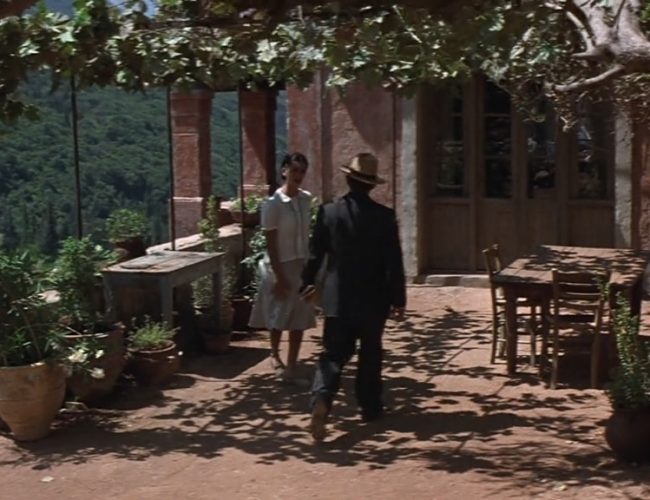 The House of Dr. Iannis and Pelagia

The House of Dr. Iannis and Pelagia

The scenes around and in the house of Dr. Iannis and Pelagia, were filmed on the island of Kefalonia. To find the exact filming location read on or click on the map pointer in the image section above.

“Captain Corelli, I think this would be a good time to hear you play the mandolin.”

Where did they film the house scenes?

The house where Dr. Iannis and Pelagia live was build especially for the filming and was torn down after the movie was finished. The filming location of the house is near the set where they built the village of Dikhalia. It is in the east part of the island Kefalonia, Greece, between the Paliouras Beach and the Antisamos Beach. It is only 5 min drive away from the town of Sami.

The real village of Dikhalia was completely destroyed by the major Ionian earthquake in 1953. You won’t find any buildings there since the village was built for the movie only and was later dismantled completely. However, there still is one small house standing. Dr. Iannis (John Hurt) came out of this house after he cured his patient at the beginning of the movie.

Some of the scenes filmed at Dikhalia:

Madras gets his bruises examinated

Madras (Christian Bale) has bruises on the buttocks because of the stone fragments from the cannon. Dr. Iannis (John Hurt) and Pelagia (Penélope Cruz) are examining the bruises. His mother comes running because she was told that he was shot. Then she starts hitting him because he scared her.

When Dr. Iannis and Pelagia walk home they talk about a possible marriage between Pelagia and Mandras.

Madras and Pelagia got engaged

Madras promises Pelagia to marry her when he returns from the war. Then he gives her a ring.

Captain Coreli arives at the house

Captain Corelli arrives at the house with another soldier introducing himself and the soldier to Pelagia.

Captain Coreli plays on his mandolin

Dr. Iannis, Pelagia, and Coreli are sitting behind the table on the trace. Captain Corelli gets a request to play on his mandolin but he is preparing to long to play so the doctor leaves. When Pelagia is also leaving he starts to play a beautiful song. 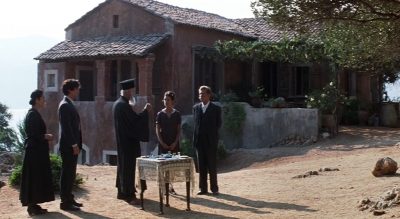 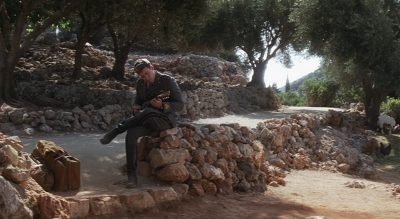 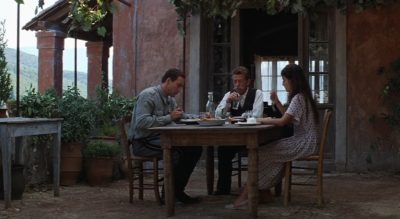 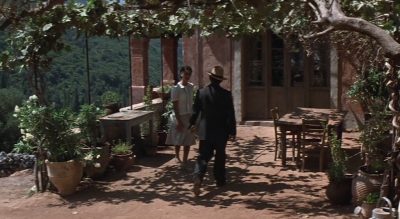