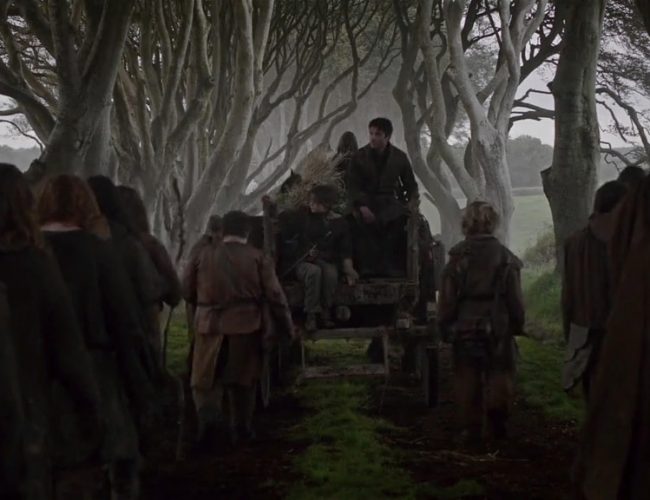 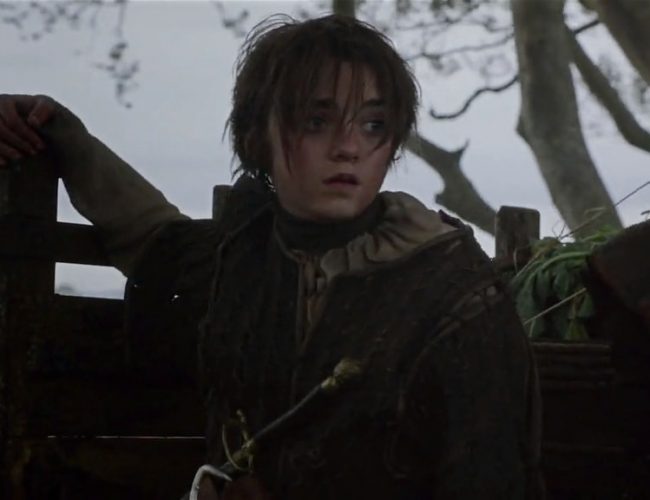 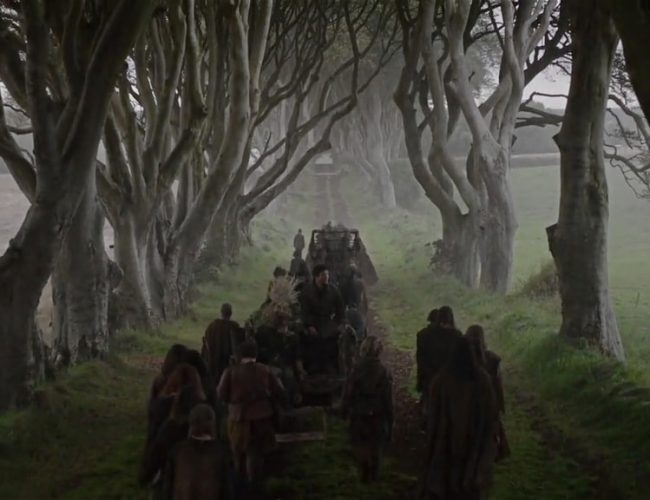 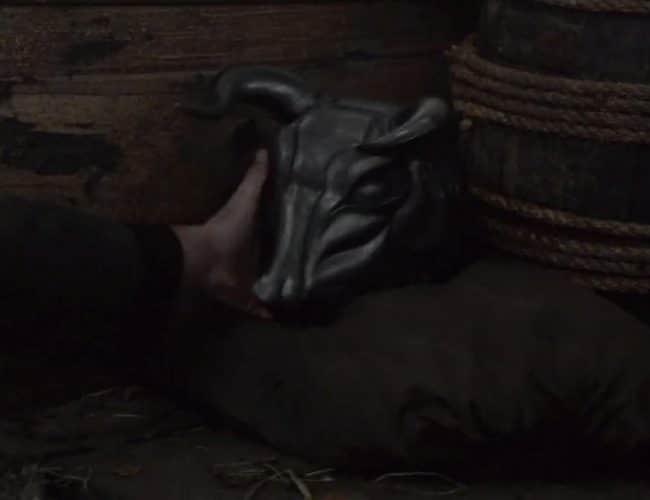 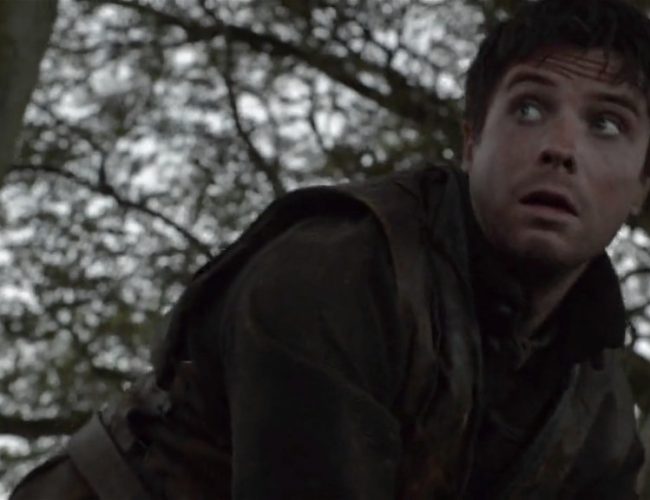 After Arya escapes King’s Landing she joins a small group of Night´s Watch recruiters heading north. The beautiful Kingsroad Avenue from the scene is located in Northern Ireland. To find the exact filming location read on or click on the map pointer in the image section above.

Where did they film the “The Kingsroad Avenue” scene?

The Dark Hedges avenue is the real Kingsroad Avenue and its located in the north of Northern Ireland. In the 18th century over 150 beech trees were planted along the road to the Gracehill House estate. In the movie, the way along the trees is a dirt road with wheel tracks. The filmmakers added dirt and grass on a paved road to make it appear more medieval.

The “The Kingsroad Avenue” scene:

After the execution of Eddard Stark (Sean Bean), Yoren (Francis Magee) helps Arya (Maisie Williams) escape King’s Landing. Yoren is a recruiter from the Night’s Watch and he disguised Arya as a boy to take her with his group north. When they are out of King’s Landing Arya and Gendry (Joe Dempsie), who is also fleeing from the Lanisters, sit together on a wagon going through the Kingsroad tree allée. 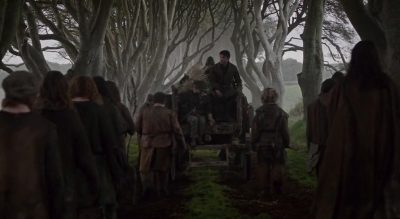 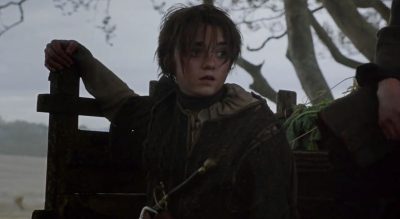 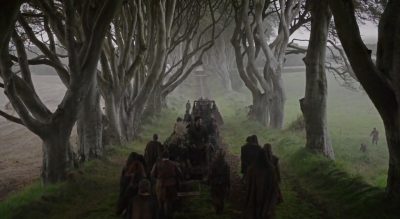 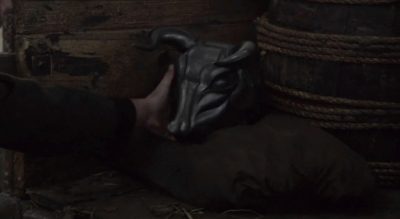 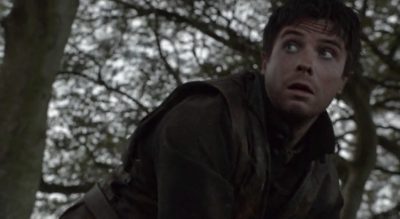