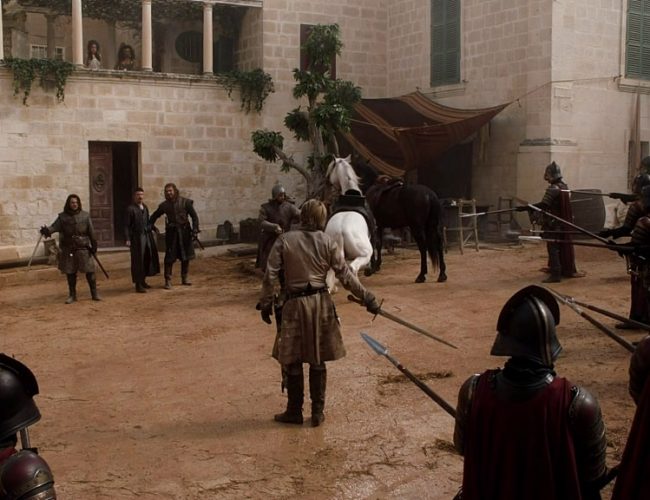 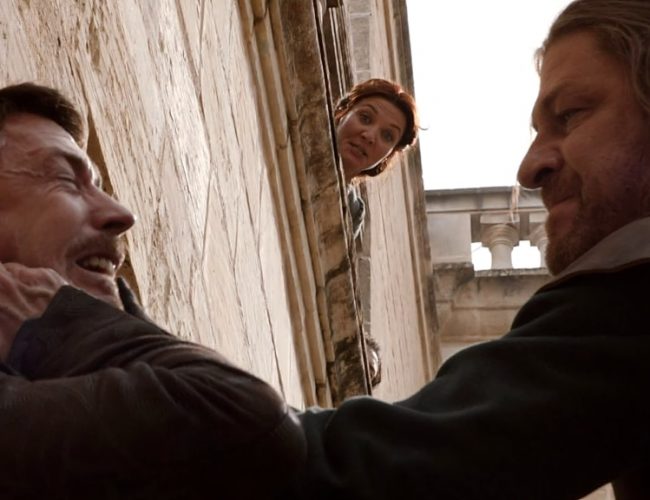 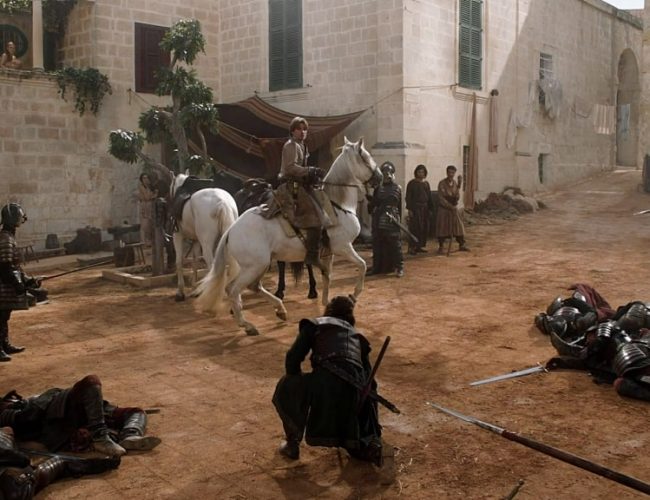 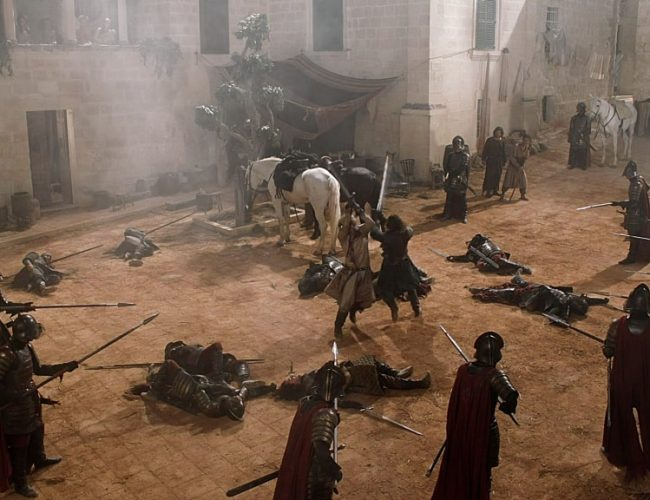 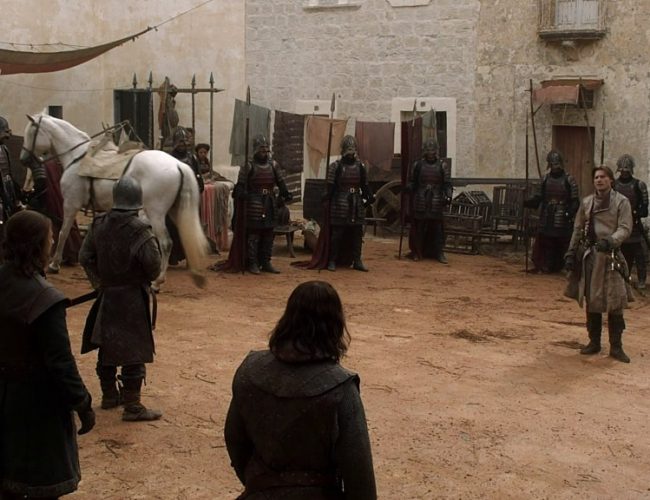 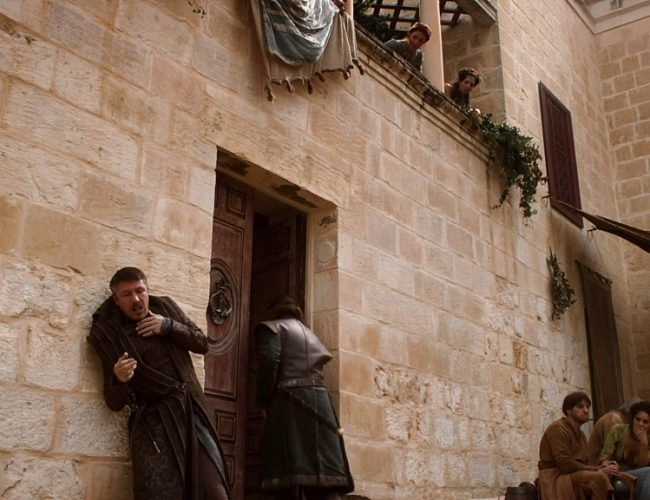 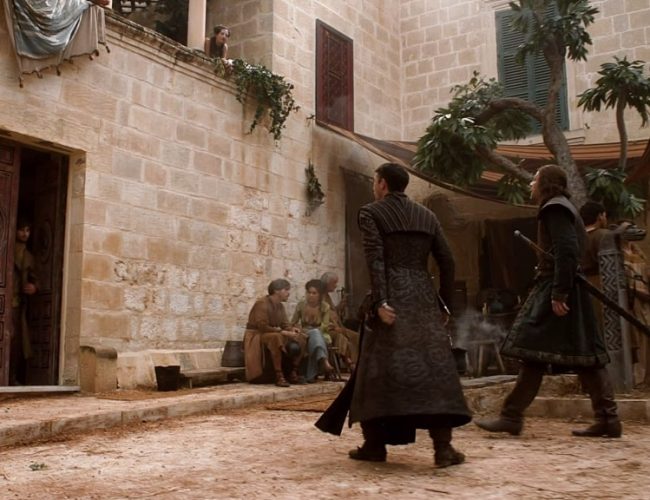 The fight between Jaime Lannister and Ned Stark starts when Jaime confronts Ned in front of Littlefinger’s Brothel. To find the exact filming location read on or click on the map pointer in the image section above.

“I’m looking for my brother. You remember my brother, don’t you Lord Stark? Blond hair, sharp of tongue, short man.”

Where was the “Fight Between Jaime Lannister And Ned Stark” scene filmed?

The fighting scene between Jaime and Ned were filmed in Pjazza Mesquita (Mesquita Square) which is located in the city of Mdina on Malta.  The direct address of the house which represented the entrance to Littlefinger’s Brothel is 7 Triq Mesquita, Mdina, Malta.

There is a lot you can do on Malta

Find a suitable hotel on Malta

Petyr ‘Littlefinger’ Baelish (Aidan Gillen) informed Eddard ‘Ned’ Stark (Sean Bean) that his wife Lady Catelyn Stark (Michelle Fairley) is in King’s Landing and he will bring him to her. Littlefinger led Ned to his own Brothel in the City but Ned becomes angry and pushes Littlefinger against a wall. He thought it was a trap or a trick but in the same moment, Lady Catelyn appeared on the brothels balcony. Ned releases Lord Baelish and steps into the Brothel.

As Ned and his guards step out of Littlefinger´s brothel a larger group of soldiers is already waiting for them. It is Ser Jaime Lannister (Nikolaj Coster-Waldau) who confronts Ned because Lord Tyrion (Peter Dinklage) was captured by Catelyn Stark. After threatening Ned, Jaime realizes that in case of Ned´s dead Tryion will also die. So instead he ordered the attack on Ned´s guards who were all killed.

Jaime and Ned cross their swords and Jamie realize that it won’t be an easy fight as he first thought it would be. While fighting, one of Jaime´s soldiers steps forward and stabs Ned in the leg from behind. Jaime is furious and he knocks out the soldier. He then orders withdrawal and he says to Ned that he wants his brother back. 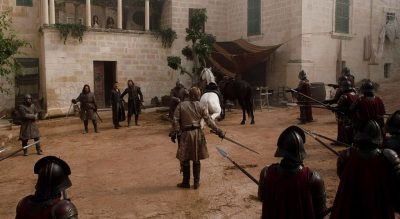 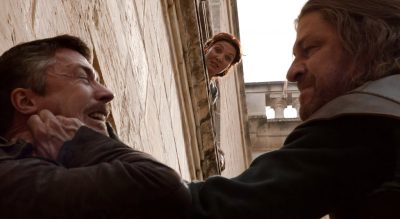 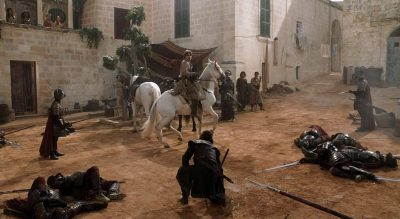 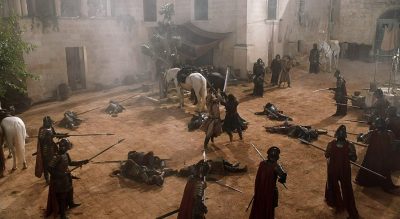 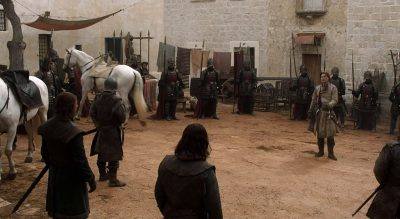